The Great Hospital was founded in 1249 by Bishop Walter de Suffield with the original beneficiaries being aged priests, poor scholars, and sick and 404 Not Found

hungry paupers. Clerics remained unmarried in this period so had no family to support them in old age. The poor scholars, boys selected on merit from local song schools were to receive a daily meal during term times. This was to continue until the boy had achieved a good grasp of Latin. With this help, bright but poor boys were given the chance to train as choristers or even to enter the priesthood. 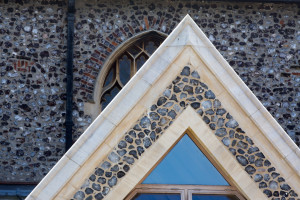 Thirty beds were earmarked in the west end of the church for the sick poor, and thirteen paupers were to be fed at the hospital gates each day. Four chaplains, a deacon and sub-deacon, as well as a master of St. Giles’, were appointed. The hospital was modelled upon the Augustinian rule under which excessive liturgical ritual was discouraged to permit more time for charitable works. Nevertheless, the master and chaplains were bound to sing three masses a day, including one for Bishop Suffield’s soul, as well as a weekly mass in honour of St Giles.

The internal appearance of the church was radically altered in the 16th century when the east and west ends were partitioned off and divided horizontally to provide two wards at either end. The central area of the church was retained and used for worship as it still is today, being both the chapel to the Great Hospital and the parish church of St. Helen. 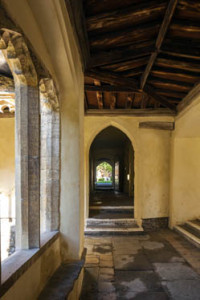 Prior to this division, the chancel ceiling was lavishly decorated with 252 panels, each depicting a black eagle. The ceiling was thought to have been painted in honour of Anne of Bohemia, who visited Norwich in 1383 with her husband, King Richard ll and now forms the ceiling of Eagle Ward which has been preserved.

The Great Hospital site contains much historic and architectural interest. One of the smallest monastic cloisters in England; a fine medieval refectory; St Helen’s House – with excellent examples of Georgian decorated ceilings; an 18th century swan pit and a large Victorian hall are some examples of this.

We are proud that the Great Hospital is included in the ‘Norwich 12’, the UK’s finest collection of individually outstanding heritage buildings spanning the Norman, medieval, Georgian, Victorian and modern eras.

For extensive information on the history of the Great Hospital, visit www.thegreathospital.co.uk . This site, created by historians and IT specialists at the University of East Anglia, includes virtual models, original documents and their translations, and a wealth of information in an easily accessible format.

Publications on the Great Hospital – SHOP 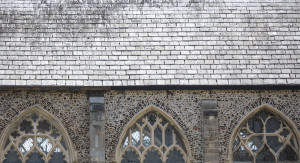